Many people dream of escaping reality and sailing away but few actually go. Blond, blue-eyed, irreverent John bursts into Susan’s life in her twenties dreaming of sailing off. Susan dreams of settling down and doesn't want to go. A three-year voyage with their young daughter profoundly changes their lives. A gripping sailing story and an inspirational memoir for women.

Publications and Events about Susan's sailing adventures include:

An interview with Susan in r.kv.r.y quarterly in April 2017

"On Not Going to the Bahamas," Living Aboard, July/August 2010

"Returning to the Land of Rules," Living Aboard, January/February 2010 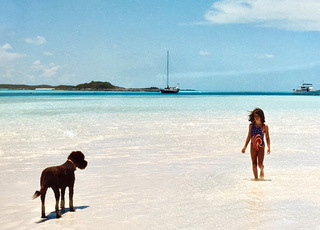