John, Kate, and Elmo freezing on Chesapeake Bay on the way from Connecticut to Florida.

We moved aboard Laughing Goat in Annapolis after John, Cliff (a hired captain), and my nephew sailed Laughing Goat down from Connecticut, where we lived. Though John had wanted me to come, I had never sailed overnight, much less in the pitch-black Atlantic Ocean, and was terrified; neither had John, and I liked the idea of John experiencing the terror first, so he could show me the way. John believed that a little experience was all we needed to conquer our fears. I stayed home in Connecticut to pack.

In Annapolis, we spent a month preparing the boat for the voyage in increasingly cold weather. Kate had become so bored that she began pointing out houses we could buy and schools she could attend. I invented landside tasks I absolutely had to finish before leaving; though I hadn't succeeded in clinging to my home and garden in Connecticut, I did my best to hang onto a port and town I liked. When we finally bit the bullet, a phrase John used often, and left the dock, it felt like the real start to the voyage. Bundled up on a crisp winter day, we set out in high spirits, and took in the wondrous charms of Chesapeake Bay.

I can do this, I thought.

I'm excited that excerpts from Laughing Goat will be published in Blue Water Sailing and reach a wide sailing audience. I sent all the photos in on deadline last week, and will keep you posted on publication dates.

I'm very pleased to have been invited to the American Yacht Club in Rye, New York, to participate in their Speaker Series. I will be there on May 19th for a talk and book-signing. The yacht club is located near the harbor where John and I first lived aboard XL, an old, sinking ferryboat.

In June, I will be taping Between the Covers TV Show  to air on June 22nd. It's an author interview in which the audience can ask questions. I'll post when I have more details.

Please take a moment to review Holding Fast on Amazon, if you haven't yet: 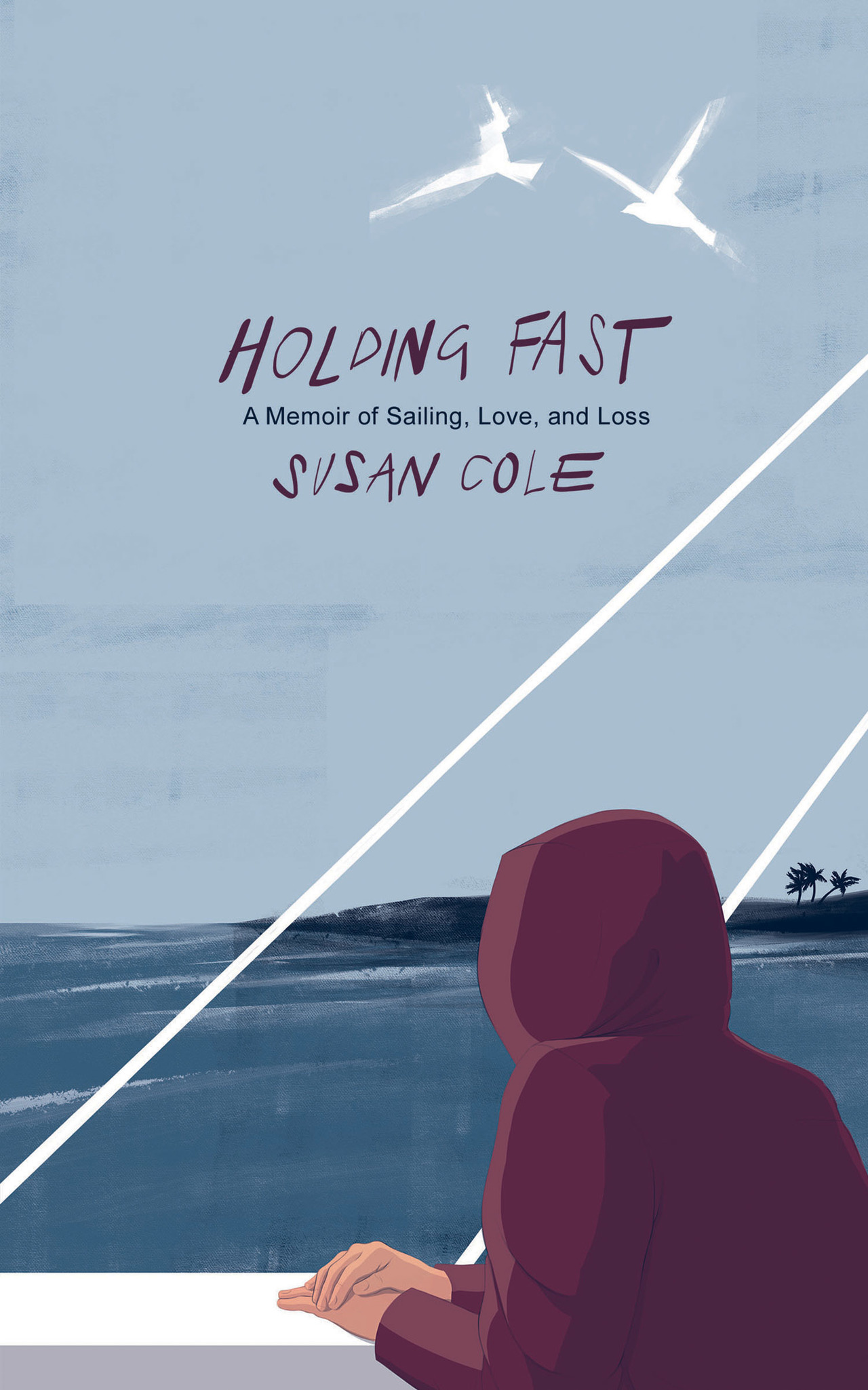